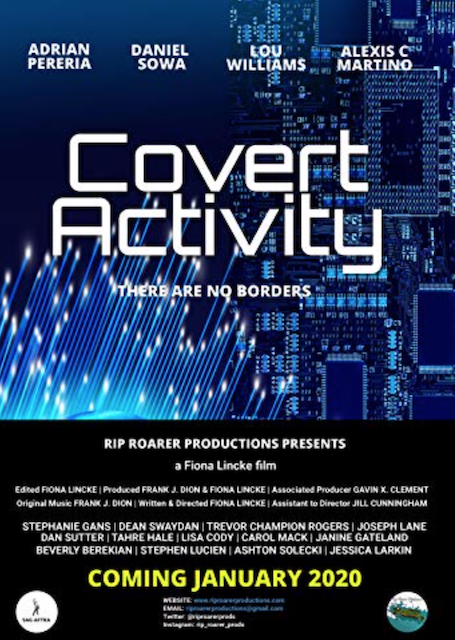 Tired of living the mundane life, Owain McClure sets out to make a movie to honor his late mother’s life as a spy. Recruiting his almost equally enthusiastic pal Hamish to cast aside such ordinary thoughts of a pension plan and make the ultimate spy-thriller; as he plans to shoot the film undercover at the place where they work.

SHARICE (Played by Janine) is a wannabe actress who will do literally anything to catch the directors attention until she gets that role!

The Film has been doing really well on the festival circuit and has already won awards at: