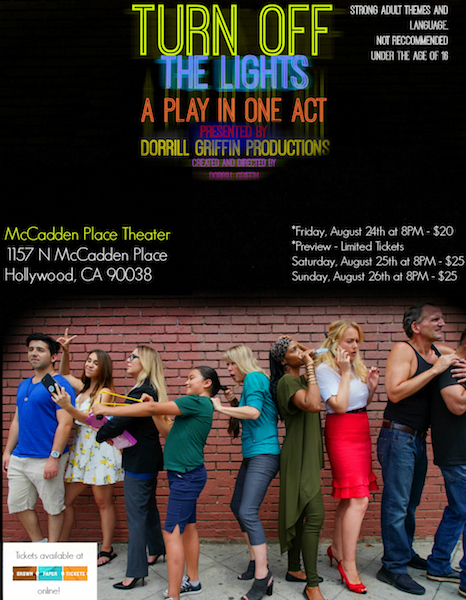 Janine starred in the modern play ‘Turn Off The Lights’ at McCadden Place Theater in the heart of Hollywood.

She played ‘Samantha McCallister’, the fashion conscious entertainment lawyer who tries to protect her family when her father is in danger.

Janine was also the executive producer for this show too.

The play was a sell out and became a huge success.  The production was also filmed and is now on IMDb