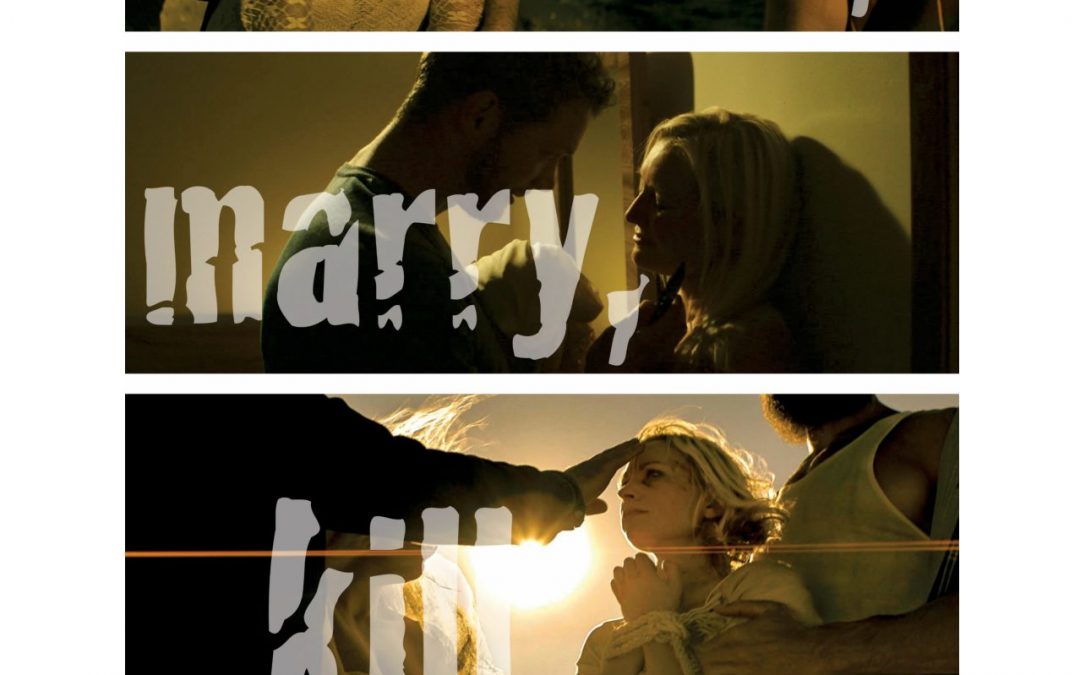 Janine is so pleased to be finally creating her own work. She starred in the movie in a leading role as ‘Tiffany Forbes’ and was also the co executive producer and writer. Filming was on location at Lake Isabella in the Mojave Desert, CA.

F***, Marry, Kill is a short thriller, directed by Scott Donovan.  The story follows three sisters traveling through the Mojave Desert on their way to their brothers wedding.  A sinister turn of events leads them to a twisted, maddening town where a psychotic, cult-like community kidnaps women and forces them to marry, procreate or be sacrificed.  These residents seem hell bent on making it their final destination.

32 year old Tiffany Forbes is a Casino manager at the Tropicana Resort and Casino in Las Vegas. Since her failed marriage from her cheating husband, Tiffany has been on a downward spiral finding a new fling every week!

Tiffany hasn’t seen her sisters in over a year since the disastrous wedding, and now shamefully faces the music of her past mess up before plunged into a messy desert disaster.